What to do after replacing the mass air flow sensor?

What are the symptoms of failure of mass air sensors?

First of all, you should know about the symptoms of failing a mass air sensor. All of the symptoms mentioned below indicate it’s time to replace the mass air flow sensor.

The engine is tough to start over.

Due to dirt and debris coagulation, the airflow through the mass air flow sensor becomes lessened.

Under load, the engine hesitates or drags.

What to do after replacing the mass air flow sensor?

There are following steps you have to follow after installing a new mass air flow sensor.

Turn off the engine first. Use some safety equipment such as gloves and goggles for doing this task.

Remove the negative connecting points and repeat the same steps to disconnect the positive terminal.

This step will help the car ECU( electronic control unit ) reset its parameters and remove the old information by replacing a new MAF. All vehicles cannot reset their error code automatically if you disconnect the battery for a few minutes.

So you need to reconnect the battery after 15 minutes, and the ECU will start loading the information of the new mass air flow sensor in this step, make sure the new MAF valve will operate smoothly.

2. Make sure the proper replacement of MAF sensor

Proper periodic maintenance reduces the chances of MAF sensor replacement. The adequate maintenance of mass air flow sensors requires a MAF sensor cleaner. If you still need clarification, there are the following steps mentioned below which guide you to maintain the MAF sensor.

After removing the MAF sensor, spray the mass flow sensor cleaner on it. Clean the mass air flow sensor to enhance the engine’s efficiency and prevent failure.

After cleaning the mass air flow sensor, it’s time to reinstall it. If the air filter is too dirty, you have to replace it with a new one. While reinstalling the air intake system, follow the same steps as you take them apart.

Using a scanner to clean the codes

You know the codes OBD2 or P2197, which indicates the amount of air entering the engine. Clean the codes using a scanner to ensure the correct fuel consumption.

When do MAF sensors go bad and need a replacement?

The MAF sensor and other automobile parts get loaded with dust and debris due to air moving activity through these parts, which is essential for the fuel-burning process in the engine. This dirt and dust contamination leads to a reduction in the performance of vehicle components and more fuel consumption. Some automobile models often show MAF sensor failure. Hence, it would be better if your vehicle gets checked by a mechanic after regular intervals.

In addition, there are the following symptoms that indicate the Mass Air Flow sensor failure:

The change in the engine’s sound and difficulty in starting indicates the improper functioning of the engine. The faulty mass air flow sensor is characterized by sudden engine shutdown.

As we already know, the MAF sensor is also responsible for circuit trouble and vehicle performance. However, fuel misfires and trim are also connected to it. If the MAF sensor fails or goes bad, the other sensors around the engine detect and send a warning signal to the central control unit. So check the engine lights to see if they remain to illuminate, so it indicates the warning.

You notice a sudden jolt of power or hesitation when you speed up or accelerate your car. It means it’s time to replace the mass air flow sensor.

It’s a rare chance your vehicle runs roughly or the engine does not idle properly. This may occur due to a faulty mass air flow sensor or newly installed MAF sensor, which does not allow the right amount of fuel to get consumed. It’s hard to have a smooth idle due to a shortage or excess of air supplied to the engine compartment, which leads to uneven burning of the mixture.

The exhaust of black smoke from the vehicle also indicates a faulty mass air flow sensor. It can result from several different problems and may occur due to damaged automobile parts. The black smoke comes out due to improper calculations of fuel injection.

Because of a faulty mass air flow sensor, your vehicle can consume more fuel than usual. As already discussed, this malfunction occurs due to improper fuel and air mixture burning in the engine. Hence more fuel gets consumed, causing a reduction in the mileage and performance of the vehicle.

Why do the problems still arise after the MAF sensor replacement?

After replacing an old mass air flow sensor, problems still arise due to the following causes:

The faulty installation of the new MAF is the main cause of the improper working of the engine. The replacement of MAF is quite complicated at home as some errors occur due to missing steps and imperfect steps. As a result, the MAF will lose its function.

ECU resetting is essential for MAF’s functioning, as the sensor’s codes do not synchronize with the computer. ECU manages the air/fuel ratio which is consumed in the engine. If ECU does not get reset after replacing the MAF sensor, then wrong codes are delivered by the sensor, which leads to a reduction in the performance of the engine.

Different types of MAF sensors are available in the market, as MAP or airflow sensors are mostly installed in older models. Most drivers experience this common problem while replacing the mass air flow sensor.

Is it wrong to drive a car with the MAF unplugged?

There is nothing wrong with driving a car with the MAF sensor unplugged. But this is not good for an extended period as ECU will not able to adjust the air/fuel ratio, which can lead to engine damage.

What is a good way to prolong the life of my MAF sensor?

Cleaning of the MAF sensor after regular intervals can reduce the chances of MAF replacement. For proper cleaning, you can use MAF cleaner, which removes the dust and debris without any damage.

Is it necessary to reset the ECU after replacing the MAF sensor?

ECU ( electronic control unit ) is an engine management system that controls the amount of fuel injected into the engine. After replacing the MAF sensor, ECU must reset as it relearns the air/fuel ratio.

How can I test the MAF sensor?

MAF sensor can be tested in the following ways:

The voltage output of the sensor can be tested with a multimeter. A multimeter is a device used to detect \voltage and is available at auto parts stores.

An oscilloscope is used to detect the sensor’s waveform and is an advanced method to test the MAF sensor.

When mass air flow gets faulty, it does not deliver the correct amount of air to the engine making the ECU miscalculate the amount of fuel injected. If you replaced the MAF sensor, but ECU still doesn’t work correctly, idle the vehicle for 30 to 60 minutes disconnecting the battery. The ECU will be able to relearn the air\fuel ratio, which is necessary for maximum performance.

It would be best if you kept an eye on the engine as to how it is operating. Additionally, proper maintenance is required for the engine’s best performance and reduces the chances of mass air flow sensor failure.

Many people like a deeper exhaust sound. For this purpose,…
byMr. Hamid 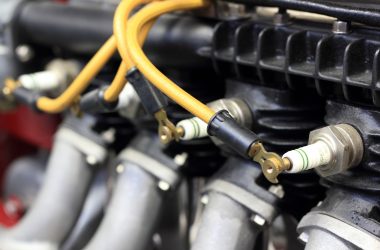 Mostly people search for best penetrating oil for stuck spark plugs. A spark plug is used for an… 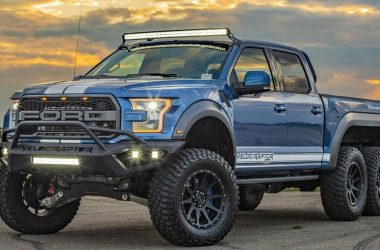 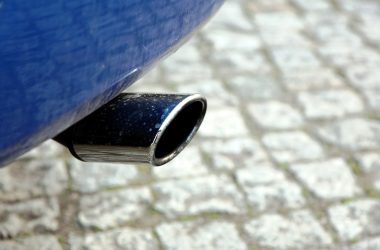 Many people like a deeper exhaust sound. For this purpose, installing an exhaust tip on the car tailpipe…